From Richmond During the War
by Sallie Brock Putnam
University of Nebraska Press, 1996, page 87

"So ready were we to catch at the faintest shadow of hope which promised us independence and peace, that we gave credence to many ridiculous reports, and as deceitful as ridiculous."
Posted by Carolyn at 10:04 AM No comments: 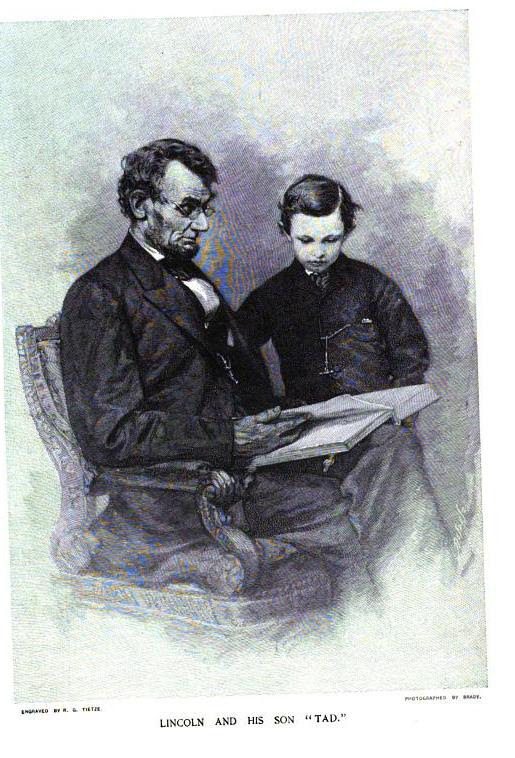 Posted by Carolyn at 7:25 PM No comments:

Official Records of the Union and Confederate Navies
In the War of the Rebellion
Series I - Volume 6
Washington, Government Printing Office, 1897
Pages 632-635

. . . I forward herewith a very remarkable letter from Mr. M[atthew] F[ontaine] Maury, late of our Navy, to Flag-Officer Lynch, which was found among the papers of the latter gentleman when his vessel, the Sea Bird, was captured by our forces. . .

Dear Lynch: In my judgment the greatest loss to us since the war occurred yesterday, when Mr. Tyler died. It is to him that we are mainly indebted for these new sinews to our naval arm. Your own letter was apropos. It helped the cause along. I am very solicitous that the enemy should not be aware as to the extent of our preparations, for there is no necessity of letting contractors or anyone else, except the few persons engaged with this armament as a whole, know the extent of it. More is already publicly known of it than I could wish, and I fear the keeping of it to ourselves is out of the question; still the best secrecy is celerity, and we must drive ahead. Minor has the guns in hand; most of the engines and boilers are provided for, and by the end of this week I hope to be able to say that in ninety days or less all the hulls will be ready for the machinery - I should have said the last hull. These difficulties being overcome, this, the great one, that of providing officers and men for 100 steam launches, commences. Pray take the matter up, think it over, and let me have the benefit of your thoughts. Here is where we are at present: A call has been made upon the Army for a transfer to us of all the sailors in the State, and a law has been passed offering a bounty of $50 to all who will ship for the war; also a law for the appointment of 50 lieutenants and masters during the war. The crew of each boat will be about 40, all told. Thus, both officers and men have to be trained and drilled. Indeed, it may be said that the whole force, nearly, has to be created, for most of the officers have to be made and educated; still, with proper encouragement and facilities, that, you will agree with me, is not an impossibility.

We want 100 lieutenants to command these boats. Where are they to come from? Judging from the way things look at present we shall not, I fear, be able to get more than 20 from those now in the Navy. The new law for 50 will, I suppose, give us, say, 30 who were formerly in the old Navy, and who, resigning before secession commenced, have not been admitted into the C[onfederate] N[avy]. Where are the rest to come from? My own thoughts suggest as a source of supply the educated youth of the land, young men of the best blood, between the ages of 18 and 25, who have pride, ancestral renown, and family reputation to encourage them and to be sustained. The choice lies between this and merchant captains, pilots, and watermen generally.
Then there are wanting 100 second lieutenants, to be rated as such, or as masters or mates. The rating is immaterial; they are to be second in command and are also to aim the guns. Some of these will come from the Navy and some from those who resigned more than a year ago from the old Navy. For the rest, as in the other case, I would draw upon the blood of the land. By "blood" I mean, as you are aware, no particular condition in life, but all, however humble their condition, whose hearts glow with patriotism, and who, in such a cause, have the spirit to dare and do. These are the "bloods" for me.

Some of the boats are already in a state of forwardness. As soon as they are ready, convert them into school and training and practice ships, send these young aspirants of both grades to them for drill and training. As more are launched, send out the cleverest of them to help as drill masters. Receive on board also the engineers and crew. Have a receiving ship near and draw from her every hour or so, from sunrise to sunset, a fresh set to be drilled and put through with all the motions. All of which is to be done under the eyes of regularly qualified officers of the service.

Now, considering our means and resources, that all the vessels are steamers of the same model, and that they are intended for bay and river navigation only, I think that we can manufacture a pretty good set of officers and capital guns' crews.

Nevertheless, my friend, we shall, in this, have among our brother officers, I fear, old notions and professional prejudice to contend with. "What, make a man a lieutenant who has never been at sea, and then give him command of a gunboat!"

It is to you and such men as you are, my friend, who are capable of viewing such things by the lights of an unbiased mind and judgment, that I look for support and encouragement in this scheme. If you can chalk out a better, pray let me have it. But if no better plan suggests itself, pray assist me with your influence in gaining countenance and support for this.
The whole expedition is to be subdivided into divisions of five or ten boats each, under the general charge each of a regular navy officer, so that, as a rule, the boats will always move in squads, and the "bloods" will always have their leaders to follow. It is to be ready for sea in one hundred and twenty days, I hope.

Not only so, I want your assistance in another respect: I wish you would point out to me such young men as, in your judgment, would make good lieutenants and masters after this fashion. I can not promise appointments myself, but I can bring their names at the proper time before those who can bestow such appointments.

I expect my son John, your pet, here in a day or two. I shall propose to him to try for a master's place in one of these boats. He has been giving his attention to drill, naval gunnery, etc. If he fancies the idea, I wish to offer him as a pledge of my faith in our ability to have this expedition trained and drilled all ready to put out next spring, in June, at any rate. John is a well-behaved and modest lad. Can you let him come to you, for the sake of the school, the drill, and experience, till some of the boats are launched? Be candid, my friend, and don't let your desire to serve me embarrass you in any way. If you can give him any rating by which, in case of accident, he would be entitled to be considered as a prisoner of war, so much the better. At any rate, if you can take him as a supernumerary and work him up as a middy, requiring him to do any and every thing, it will be the "very dandy."

This is a long letter. Sleep on it, and let me hear from you at your convenience.

The boat that is at present proposed as the model for all, is 21 feet beam, 112 feet long, and 6 feet draft, with 171 tons and an armament of a 9-inch gun forward and a 32-pounder aft. I am protesting with all my might against such a large boat and such a feeble stern gun.
That was a clean little dash at the enemy off Newport News. How I wish old Neptune or Mars or some of them would present you with chance and opportunity. I could ask the gods for no greater favor to you, my friend.

N.B. - If you can find room for John, say what bedding, etc., in the way of outfit he shall bring. He could be ready to join you about 1st February.
Posted by Carolyn at 2:54 PM No comments: